Comfort for the Soul 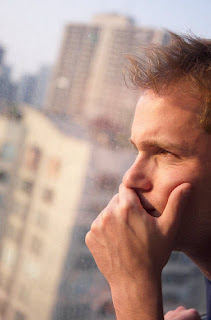 After a restless night, pondering the current state of the nation and the world, I felt a deep need for some kind of comfort. I searched and searched the internet this morning for some old fashioned preaching: the kind you used to hear in America and the kind that used to be on the radio. Like the song says: "Give me that old time religion."

How I miss it. I yearn to hear someone with authority, a man with a booming voice, who tells it like it is, with no equivocation, no pandering, and no appeals for money. A man with a message who is not out to win a popularity contest. But a good man, a family man, who wants us to clean up our act, start acting like ladies and gentlemen, and help each other instead of hurting each other.

Incidentally, a lot of dads used to be that way. Some still are.

Don't get me wrong, I am just a regular person. I don't like hypocrisy and I don't like some religious types lording it over me any more than you do. But I also don't want a weak minded pot smoker talking to me about peace. I don't want someone talking about nirvana, only to find out that underneath there is a hatred of Christians.

I want someone solid, four square, decent, a family man, who lives a Godly life life and dares to talk about sin.

Now that I have had my say, I must add that the only true comfort is from God. And His comfort is within, for the soul that yearns for truth with all its heart. And when I hear someone say something that is true, it is the inner testimony that is the important thing.

I love to hear old fashioned preaching, but I do not get caught up with the preacher. When he says something right, it is the inner testimony that silently testifies to the truth of what he is saying. It is the Holy Spirit that comforts. If something some speaker says is correct and relevant, then the wordless Word within quietly testifies to the rightness of the words on the outside.

But I am glad that some are called to be old fashioned preachers. Because their words shake us out of our lethargy and comfort zone, and reawaken us to what we have always known but temporarily forgot. Of course, our conscience is always there with silent testimony, and we should look to it for reminding. But when we forget to heed our deepest and highest instincts, then the preacher's words on the outside remind us.
.
When someone on the outside awakens us to conscience, it is good because it shames us and upbraids us. The receptive humble soul is set aright and is grateful. And for the soul that is grateful, a rapport is re-established with what we know in our heart.

It is even better when someone lives the good life and then speaks without hypocrisy. We are thus forced to look at what they have to say without judging them. We are shamed by their good example. They are what we should be.
.
Unfortunately, many speakers nowadays do some sort of tell all (like you see on the Larry King Show), airing all their dirty laundry in public. They are not respectable. We can thus judge them and feel a subtle superiority to them. And their wrong tempts us to feel comfortable with our own.

Likewise, the angry speaker tempts us to judge him for his anger. Incidentally, many parents are guilty of this: they talk at their kids instead of to them. Because their anger is wrong, it ruins their message (even though what they said is something that probably needed to be said).
We are let off the hook and are permitted to focus on their wrong instead of having to look at our own.

The most devastating thing to the egotist is to be confronted by a tough love truth speaker who speaks spontaneously from the heart and is transparent. He says what he means and means what he says, and by also living the good life, he has the solid conviction and commitment which cannot be judged. Thus the hearer is forced to look at himself or herself.
.
Bear in mind that even a wicked speaker, who is full of deceit and twists his words, can do no harm to sincere seeker. The sincere seeker gets the message (if the wicked speaker baits his hook with some truths) but does not get caught up with the speaker. The sincere seeker hears the truthful words (such as some scripture verse) and understands it, because he sees it in the inner light. But the insincere get caught up with the speaker or the lofty words. They may get emotionally excited about the words, but they do not really understand them.