Searching For The Meaning of Life at Christmas Time: Hidden in Plain Sight 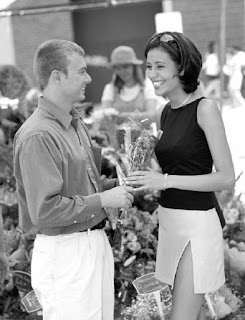 Thoughtful people are sometimes troubled by shallowness and consumerism during the holidays. Don't be troubled. The engineer keeps searching for a solution, the scientist for a break-through, and the researcher for a cure. They do not quit just because others do not share in their pursuit of answers.
In your quest for life's meaning and purpose, be as patiently persistent as they are. Enjoy the niceties and fellowship of the holidays, and also look for the deeper meaning of life. It is okay to have fun and be thoughtful at the same time.

Looking for real answers to life's meaning is like a treasure hunt. You have to seek for it. What is the old saying about not cursing the darkness, but lighting a candle instead? Likewise, instead of lamenting the materialism, look for real meaning (and then share it with others).

Maybe, just maybe the meaning could be right here amidst the busy-ness. So instead of being distracted by resenting the advertisers and harried shoppers, let's keep seeking. Why, we are even told to do so in the Book where the original Christmas story is told.

The wise men followed a star, seeking the Christ Child. The shepherds sought the baby Jesus after having been given a hint by the angels ("you will find Him wrapped in swaddling clothes and laying in a manger"). Even Jesus' mother had to seek for Him. We are told that Mary sought for Jesus, and found Him in the temple teaching.

Time and again, the process of seeking is said to be important. The centurion whose daughter was sick came to seek Jesus, and when he found Him, the daughter was healed. Jesus told parables involving seeking: where, for example, the master came back and sought the servant, where the prodigal son sought his father, where the bridesmaids sought the bride, or where the shepherd sought the lost sheep. When Jesus was killed, Mary and Martha came to seek Him, but He was risen. In the Sermon on the Mount, Jesus said: "seek and ye shall find."

But He is here. He even gave us some hints where to look. He said wherever two or more are "gathered in my name, there am I among them." Maybe He also wants us to figure out what "in my name" really means. He also hinted that the Kingdom of Heaven is all around us. He also said the Kingdom of Heaven is within. He said words to the effect that "if you love me and obey my commandments, then the Father and I will come and make our abode in you." Was that a clue about how to find?

But don't forget that He said: "Seek first the Kingdom of God." Was this another hint: this time about seeking to do what is right first, instead of self-seeking and expediency first?

He said that in the last days people would say, "He is here or He is there," but He would not be found there. He is not where most people expect Him to be.

Little children love Santa Claus or love their dolly. This love is beautiful and sweet, but it is an emotional thing. Alas, many of us have had feelings for Jesus in the same way. We adults must seek for something deeper.

Therefore, if you have a sense that the true meaning of Christmas is lacking, you are probably right. If you feel like something is still missing and you haven't really found Him--even though you may have said you have and want to have--then keep searching. That is what He told us to do.