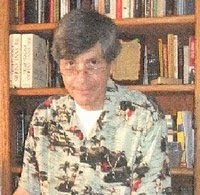 We have heard that love conquers all. We want to believe it, and we do believe it when we are young. A young lady and a young man who are in love believe that their love will indeed overcome all obstacles. Although they may have seen their parents or people they know fighting and arguing, they cannot disbelieve that this will ever happen to them. (this is Part One of Roland's new series on love- editor)
Love really does conquer all, but it has to be real love. Before I tell you what real love is, I wish to explore the various forms of false love.

What most of the young lovers think of as "love" is a crush or infatuation. This is not real love. It is akin to how you feel about some new item (like a car) that you dream of having. But soon after you get it, it isn't long before you begin to see everything wrong with it.

Another form of false love is lust. A man falls not so much in love as in lust, as someone very aptly put it.

Next, there is a sort of love which is hypnosis. My cousin--a very nice lady who was well educated, loved opera, and had a good stable job--got involved with a married man when she was in her 20's or early 30's. Years later, she was still involved with him, still believing his lies, and still putting her life on hold for him.

Do you know anyone like this? It doesn't have to be a lover that we are involved with. It could be a leader, a cause, a religion, gambling, a sport, or even a hobby. Someone could, and I don't mean to be rude, literally devote their life to collecting bottles. It's a form of hypnosis, and it leads to putting everything else into second place. You will never truly find and live your own life, as long as you make anything too important, other than what you know in your heart is right.

Here is a very important point. When you make something too important a hypnosis enters. Literally an enslavement. Look at people who are caught up in some obsession, some love affair, some cause, or some addiction--and tell me that they are not hypnotized. They are, but they don't see it themselves, even though it is obvious to everyone else.

Perhaps now you can understand why Christ said: "Put first the Kingdom of God and His right way, and all other things will be added unto you." What we do--is we make other things more important. We put the cart before the horse. When we do this, we sin. And Christ said: all who sin are slaves. Do you see it?

The person who is caught up with another person is hypnotized. And this hypnosis is a form of slavery. The addict is caught up and a slave, and so is the person who devotes his life to some hobby. People who are into music make music too important. It is hypnosis and slavery.

In your own life, you can see this principle in operation even in little things. For example, if you are playing a game (whether it be a parlor game or a game of tennis) and you make winning too important, more important than what is right, then all of a sudden everything changes. You start to fixate on winning and you forget about kindness and sportsmanship. You may still pretend to be kind and still obey the rules, but underneath you are obsessed. And you get bummed out if you lose.

This little example should serve as a warning to us all. We must remain aware and not make anything too important. One man was driving his car. He saw a for sale sign on something he wanted. He stared at the sign to try to read the details and started going off the road.

How many of us have had these little warnings along the way? That's why if you meet the girl or the guy or see the car or the jewelry that makes your heart start pounding faster--beware. Back off. Wait until the emotion has passed.

How many times has someone asked you to do something you didn't really want to do. You resented them for asking. Then you felt guilt for the resentment, and you ended up doing what they wanted.

Manipulators know all about this sort of thing. Many people use it, often unconsciously, but they know it gets results. Treat someone unfairly or cruelly, or make unreasonable demands--you can count on them resenting you, and then doing what you want out of guilt. Many women get trapped into this sort of thing by their need to serve and men who take advantage of them.

The one who serves out of resentment and guilt sees himself or herself doing all these nice things for the other person, and they fool themselves into thinking it is out of love. They could even get a high from serving such an ungrateful person or persons, and feel like a martyr.

Bottom line: none of the things I described able are love. They pass for love. The would will make love songs and poems about "love" and society will praise and give awards to those who serve and give their all for others, but it is based in manipulation and false love.

Don't get me wrong I am not saying that there is no love. There is. Some people have experienced false love and have become cynical. They think that there is nothing but use and manipulation in the world. They are partially right. It is true that what appears to love is really lust, infatuation, hypnosis, use, manipulation or service out of resentment and guilt.

However, this does not bother me or make me cynical because I can see this lesser truth in the Light of the Greater Truth. The Greater Truth is the Truth from God, which is shed abroad because of His love. This Light of Truth shines a light on what is false revealing it for what it is. That's all.

Perhaps now you can see how important a good father is. A daughter who has a noble father, who she loves and who she has a good relationship with, will look for someone like her father to marry. Having known the love of the Father coming through the good earthly father, she is picky and easily sees through the weak or abusive type of man. She waits for the guy with the right stuff and she won't settle for less.

If you did not have a good relationship with your father, you can still begin to change your life for the better. Just start by forgiving your father. Realize that he was a victim. This does not mean that you have to like him or even have anything to do with him. Just have compassion and no longer hate him.