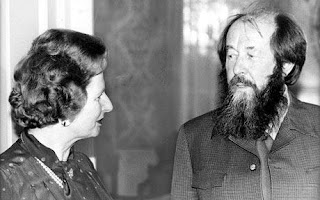 Hard times and dire circumstances have been a benefit to sincere people throughout history. When things are going well, we tend to get into a comfort zone. Don't get me wrong--I'm not opposed to comfort, routine, and leisure time.
These can be a blessing to the sincere in heart, who use what they are given to grow, learn to be unselfish and help others.
What is good about hard times is that hard times tend to wake some people up..
Of course, difficult circumstance drives some people into psychotic states; for others it is such a huge distraction that they focus all their energy on face saving or getting out of their bind. Others misuse the difficulty to build their pride: they take pride in being hard done by, wallow in feelings of resentment over injustice, or wallow in hatred of others.
Yet, for some, hard times bring out the best in them. More importantly, the stress of suffering causes them to cry out for real answers..There is an old saying that hard times brings out the best and the worst in people. During a natural disaster, for example, some vandalize, steal and loot. Others sober up and help others.
You see, the same circumstance can be used for good by one person and misused by another.
Being in jail, prison or in the system is definitely difficult circumstances. There is the stress of captivity; the stress of cruelty; the stress of other people and strange surroundings.Yet down through history, some of our best thinking has been done in prison. Stalwart and noble souls rose above the circumstance and wrote and penned their thoughts for the benefit of others.
Here is a short quote from the Q and A on the Encarta website."Q: Which famous writers produced important work in prison?
A: Hundreds of famous writers wrote some of their best work in prison. For many, their confinement allowed them to devote long periods of time to concentrated, focused meditation and writing. . . . .
Prominent examples include Miguel de Cervantes, who wrote his masterpiece Don Quixote while in prison for tax-collecting violations; John Bunyan, who probably wrote at least part of The Pilgrim’s Progress while in jail for unlicensed preaching; and John Milton, who was briefly imprisoned for his political writings and beliefs during the period in which he produced most of Paradise Lost.

One of the greatest Russian authors, Alexandre Solzhenitsyn, spent years as a political prisoner and drew on the experience for some of his most famous works, including One Day in the Life of Ivan Denisovich and The Gulag Archipelago. "

While we are on the subject, let me mention my favorite prison writers.

My all time favorite prison writer is a lovely lady by the name of Madame Guyon. She was one of the great saints and she lived in France in the 17th century. I first learned of her when I used to listen to Chaplain Ray on the radio.
Chaplain Ray had a prison ministry and a long running radio program. I used to listen to his daily 15 minute program on KFAX in San Francisco. It came on at 11:45 PM and I loved to hear his steady voice and positive message. Though it must be thirty years ago now, I remember him well. His radio presence made an impression on me. I was young at the time. I was not yet ready to start the trip to God, but he was one of the many people whose mere presence helped keep me from going off the deep end.
Anyway, one time he had a radio offer: for free or for a small donation, he would send a book called Experiencing God Through Prayer by Madame Guyon. I ordered it, and today she is one of my favorite writers. Incidentally, what was her crime? The powers that be found fault with her brand of religion. She taught people to become still and find God within instead of looking for Him in external rituals. For this she was persecuted and jailed.
Another famous Christian mystic is Michael Molinos, who wrote about the inner path to God, which the church powers did not take kindly to. I can't remember if he was imprisoned, or whether he was just persecuted, tried and sent into exile..
And who can forget Watchman Nee, the wonderful man who founded the house church movement in China. His reward: imprisonment. Sadly he died in prison. But I understand his faith did not waiver and he was cheerful to the end.
Can you see what Madame Guyon, Michael Molinos, Alexandre Solzhenitsyn, and Watchman Nee have in common? They were all persecuted unjustly. They experienced the stress of being falsely accused. Yet instead of becoming bitter, they became better.
Christ and the writers of the New Testament had much to say about being persecuted unfairly for righteousness sake. In fact, in the Sermon on the Mount, Christ said: blessed are you when people revile you and say bad things about you for my sake.
So apparently suffering without hatred or resentment when being treated unfairly is the gold standard. I suppose that any true Christian (or good soul who does not know that he is a Christian) worth his salt will suffer such persecution. It is inevitable.
This morning I heard about a nice young lady who was her high school valedictorian (the top graduating student), who began to mention God in her valedictorian speech. The terrible and stupid principal pulled the plug on the microphone and would not let her speak (though the crowd was chanting to let her finish). And how about the lovely Miss California in the Miss America Pageant who was persecuted for her innocent and mild comments.
Even in most families, there is one person who still sees the phoniness and lies clearly. That person or child is usually persecuted, punished, abused, rejected, or drugged. What was the child's "crime?" Seeing or speaking the truth.
There is much I could say on this topic, but for now let me just say this about suffering. There are two types of suffering: for what we deserve; and for what we don't deserve.
Most of us will have ample opportunity to suffer for what we do deserve. Our resentments, angers, selfishness, and wrong life styles bring health, financial, and relationship trouble upon us. But suffering for what we do deserve can and should be good for us.
.
When we learn to suffer without resenting and blame, we bear what we deserve gracefully. This suffering, if done properly, will chasten and humble us. It teaches us that there are consequences for wrong behavior, wrong eating, wrong anything. And our willingness to admit our own wrong means that we are open to the truth. And so, as we search sincerely for answers, our sincere search is answered by realizing and discovering the truth.
And then there is the suffering for what we don't deserve. This is the best kind of all.
.
I know a nice man whose wife brought baggage into the marriage. She had anger and judgment toward men in her past, especially her dad. She transferred her hatred and judgment toward all man to her husband. She also turned the daughters against him. He ended up all alone and rejected.

Yet, somehow he never hated her back. His innocence and longsuffering was so beautiful and powerful that it worked a mysterious good in the lives of the daughters..
One day they saw that he was not such a bad guy, and they married wonderful, kind and decent men. I believe it was their dad's suffering in dignity and without resentment that ultimately helped them.

Read read about more noble people who were imprisoned