Tease and False Love: Two Sides of the Same Coin

For most of us, our life has been ruined through a 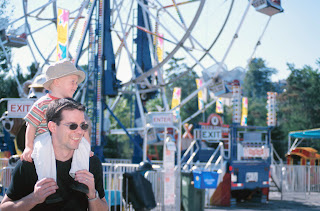 series of traumas. First thre is cruelty. Then false love. Mostly, the first traumas occurred when we were still small. Parental impatience, rejection by a family member or by a group at school, teasing and bullying by an older brother or sister or kids at school, and blaming and scapegoating are just a few of the cruelties most of us have faced. Some didn't bother us, but some did. And the ones that did made us angry, upset, hurt, or resentful.
Next came the corrupting trauma of false love. The boy who feels rejected by his dad may fall for the blandishments of a stranger. The child who is cruelly teased and rejected at school may fall for the false love of fantasy of revenge. The rejected child may turn to food to comfort herself.
Another typical scenario is the child who is teased and ostracized by a peer group will feel empty because of the resentment and hurt. She may then accept the group's false love when she joins them in taking drugs.
Another child is put down in some way, and feeling hurt because of the rejection, may then accept the false love of teachers and coaches who tease and challenge the child to study and be ambitious. The child accepts the false love of the educators as a compensation for the emptiness and sense of inferiority for resenting someone.
Bear in mind that our ego can also be traumatized by anything it resents (because resentment is a trauma) even if it is not cruel. For example, one child resented her parents over the problems they had. The resentment made her feel inferior. She blamed the fact that her family was poor as being the cause of her inferiority feelings. And so she compensated by devoting herself to ambitious study. She became lop-sided and because the study was out of resentment, it only made her feel more empty. She then sought the love of others, and experienced the phony love of this who took advantage.
The point is that it all began with resentment. The resentment was the trauma because resentment is hatred. Had she not resented, she would not have felt inferior. She could have grown to graceful adulthood, as she was intended the good Lord. Her study and achievements would have been done gracefully and naturally, not as a guilt producing compensations.
By now, you surely have succumbed to resentment which made you feel inferior (because it cuts you off from your inner ground of being). The resentment also resulted in your feeling unloved (because it cuts you off from God's love and approval from within).
To compensate you filled the emptiness with study, distraction, fantasy, and entertainment. And to get love, you reached out for the love of the world. When the people to whom you reached betrayed you and could not fill your emptiness, you resented them (another trauma). You either reached for more people love, or you reached for the false love and comfort of alcohol, pills, marijuana, food, or fantasy.
In order to find true fulfillment and love, you must begin to wean yourself from the false love of the world. As an adult, there is less of the overt teasing cruelty you experienced as a child. But there is more phony love in the form of challenges to be ambitious and in the form of diversions, drugs, and other symptom removers. Whatever your current fallen state may be, there will be someone who will "love you just as you are." The bartender, the casinos, the pill pushers, and various self-help or religious groups will "love you just as you are."
Don't resent the teachers who praised you, the motivators who challenged you, the helps who took your money, the empty applause, or the ones who supported our willfulness instead of correcting it. Don't resent them. They too are victims of tease and false love. They are now doing unto others what was done to them. Don't feel sorry for them either.
If you don't resent them and blame them, you will be free of the need for false love or their approval.
Wean yourself of false love, and then you will see the underlying cause (often resentment) that the false love took away the symptoms of. You'll have to begin with the most recent and as the days, weeks, and months go by, each resentment seen and given up will be like skinning an onion, with one layer coming off at a time to expose the next one underneath.
Be grateful for what you are given to see each day. Don't even be ambitious about getting better (another trauma of ambition). Be simple. Be grateful.