Awareness, the Secret to Life 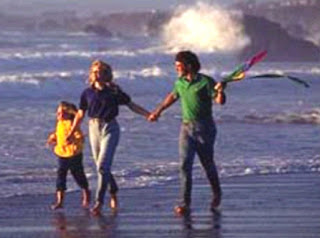 To the extent that we reject the truth, we fall away from intuition. To the extent that someone on the outside seduces or pressures us to pursue another calling than the one prepared for us by God, we fall away from God.
To the extent that we listen to external experts instead of what we know within, we fall away from God. This does not mean that we should not listen to what they say, but we must accept or reject what is said not based on their authority but on intuition.
To the extent that we doubt what we know in our heart, we become separated from intuition. Belief is the proper response to what we realize in our heart is right; and faith is the bond that keeps us close to what we know in our heart.
But when we make anything more important than our attentiveness to inner life, we become separated from the inner way.
St. Augustine said it well. He said: "love God and do what thou wilst." In other words, love God (with all your heart, mind, strength and soul) and you can’t do anything wrong or out of step.
Some persecuted Chinese Christians who were imprisoned for their Christian faith said it this way: "Before prison we knew about God. After we were imprisoned, we experienced God." Other thoughtful spiritual people have said the same thing. The great Russian freedom fighter Alexander Solzhenitsyn, who was imprisoned for his truth speaking for many years in Siberia, said: thank God for prison.
Why is it that so many have found God in prison? It is because their imprisonment (especially the austere, solitary confinement type) strips everything away. And when everything is gone, there is nothing left to fill us with distraction. And so in sheer simplicity, the person may discover the still small voice.
Finally, Christ said it best: "Put first the Kingdom of God and all other things will be added unto you." In other words, first check with intuition, first check with what you know in your heart is right, and make your moment by moment walk with God more important than anything else.
He also said: "the love of the world makes for enmity with God."
There is a state of awareness, a state of consciousness where one is closer to the inner source of intuition and guidance, and a little distant from the world. The true Christian mystics down through the ages have tried to communicate this to us, but not very successfully. They found it for themselves, but are hard pressed to teach others how to find it.
That is why the awareness meditation that we offer here at the Center For Common Sense Counseling is so helpful to the sincere seeker who really and truly is sick and tired of being sick and tired. The sincere person really and truly wants to be a better parent, spouse or neighbor; but anger and upset keep getting in the way.
You can download or listen to the meditation for free, no strings attached.
Find out more