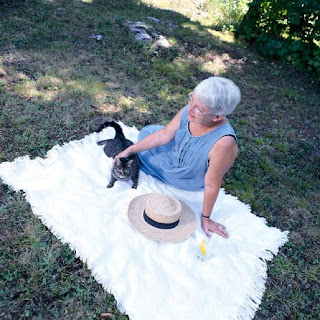 Do you say things like:
“I feel stressed. I feel drained. I feel burned out. Memories keep haunting me. I wake up at night and worry. My stomach is churning. I can’t cope. I yell at my kids. I get irritated over little things.”

If you say things like this, it means you are very likely over-reacting.

You’ve heard it before: it’s not so much what happens to you that hurts you but how you react to it. Trouble is, most of us don’t know how not to over-react.
Basically we react, we get upset, and we experience stress symptoms. And once we start over-reacting, we don’t know how to stop over-reacting.
The more we react, the more sensitive we become until we start reacting over every little thing. Either that, or we become insensitive and shut down.
Remember how you used to be? Once upon a time, you were able to take things reasonably and in stride. Although things happened that you didn’t like, and people were sometimes mean or confusing, you could cope. You had hope for the future, dreams of things you wanted to accomplish, and were confident that you could deal with what life threw your way.
But as the years went by, you began to lose your joie de vivre, your verve and your optimism.
Life, for many of us, started to become a drag. Many of us began to dread going to work or facing our child’s school teacher. We dreaded another round of treatments, another mailbox full of bills, or another argument with our spouse.
We might have started to become irritable, snapping at our kids and loved ones. At work or out in the world, we encountered unfairness, meanness or arrogance. We became upset and said nothing. But then we came home and took it out on our family—the very ones we should have been kindest to. Instead of protecting them from the craziness out there, it started to get to us and we brought the craziness home and inflicted it and our pain on our loved ones. The very ones who were the most innocent.
If any of this describes you, then you must realize that your sensitivity, negativity, and loss of control have to do with over-reacting. By over-reacting you make things into a stress. And when it becomes a stress, a predicable series of bodily changes occur as your body reacts to the stress (you created).
In order to recover your poise and positive state of mind, you must re-find your own calm center of dignity from which you can flow.
You see, our spiritual well being is lost when we lose control through reacting and over reacting. That is what we have done. We didn't want to, but when we were kids, someone upset us and emotionalized us. We fell away from the self reliant, free spirit we were and became dependent on the very ones who had upset us.
Spiritual recovery involves re-finding your calm center of dignity. There you find your God given intuition, as well as the inner motivation to live and move and have your being.
I have discovered a simple meditation that teaches you how to calm down and become centered--something like you were long ago before you became emotional and externalized. I the free resources tab at the top of this webpage, you can find out where to listen to the meditation.It is free.
. . . . . Read more 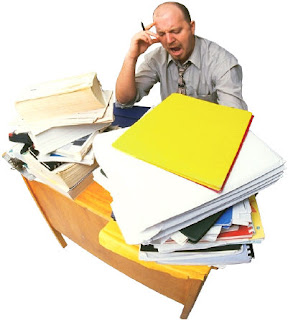 Find the blessed state of mind.
.
People search for Nirvana, enlightenment or salvation. Like Dorothy in the Wizard of Oz, who did not realize what a lovely life she had at home in Kansas until she had strayed far and wide, likewise the blessed carefree state of mind is hidden in plain sight. Not everyone will find it, but some will.
.
I have discovered that those who find it are sometimes the most messed up. They are not self righteous or desirous of worldly approval. Instead, they are desirous of truth. The ones who are the most messed up are often those who did not want to become phony, cruel, or shallow.
.
But their big mistake--their mistake of all mistakes--was to become resentful toward other people. And then they doubted the goodness and truth that they had loved in their heart of hearts.

Through doubt they drifted away from the inner home, which they had been close to when they were little children. And through resentment, they began to take in the world. And as the world seeped in, horror of horror, they found themselves becoming just like those they resented on the outside.

If this describes you, then perhaps you are ready to return to what you once knew as a little child but have fallen away from. You want to make the return trip, but don't know how. You keep going out in the world and reacting to people and situations, and flounder.

I am extending my hand in friendship to help you. I will not begin by talking to you about religion or Christ. Such words would most likely only reinforce the "ameners" among you, as one write so aptly said, and drive the rest of you away.

Instead I will begin by giving you the key to calming down and being more dispassionate in the moment. In your current state of mind, any religious or philosophical words, no matter how lofty, will simply get all jumbled up with with emotions, what has impressed itself on you in the past, and preconceived notions.