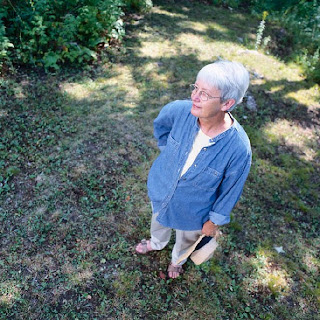 You will be relieved to know that others--even successful people--suffer from a sense of inferiority. But just knowing this fact will not do you any good. Besides, for every "successful" person there are dozens of people who settle for second best because of some trip that was laid on them when they were kids, or because of some suggestion they picked up and have never been able to shake.

I remember seeing a story about a bird that did a backward somersault whenever it wanted to be fed. Everyone thought the trainer was responsible, but this unusual behavior came about by sheer chance. Just as the bird was about to be fed, a loud noise occurred and the startled bird jumped clumsily and did a backward somersault. Because it happened to be immediately fed, the bird associated the jump with food. The bird continued to somersault for food and became conditioned to do so.

I tell this story, because many of us were exposed to negative suggestions (even ones we happened to overhear) that have haunted us, sometimes for years. Here is why. By chance, something bad happened that appeared to confirm the negative suggestion. Through association and then belief, the suggestion became a prediction. The association of the suggestion and a negative incident made it stick. Recovery depends on letting go of resentment, because resentment is the glue that holds it all together. It is normal for the bird in our example to mindlessly associate, but humans are supposed to bring reason to bear on anything we hear, see or experience. It is resentment that cuts us off from reason and renders us suggestible.


Thereafter we bought into the suggestion, and it dictated the scope of our life from that point on. After the initial seeding through association and resentment, it is just a matter of conditioning. I am sure you have heard about the fleas raised in a 6 inch tall container. When they were put in a taller container, they continued to only jump six inches.

Such is the power of suggestion, association, plus conditioning. For humans, the combination of negative suggestion and seeming confirmations, followed by belief, makes many of us prisoners of conditioning and false belief.

We think we are" dumb, ugly, clumsy, unlucky, losers, the wrong race, or the wrong background, and so on." We might also have bought a suggestion that we are cursed or that God has turned His back on us.

Because resentment is, in fact, an inferior response it perpetuates and seems to confirm any negative self thoughts we have. This is a very important point, so I will repeat it again.
Resentment is an inferior response. We all can sometimes sense when another is resentful. We just do not have as much respect for them as we do for the person who is gracious and loving.

When you or I are resentful, we feel inferior because resentment is inferior to love, patience, and graciousness. But while in the throes of resentment and negativity, we do not realize why we feel so negative.

Instead of realizing that it is only because of the resentment, we falsely ascribe our inferior and negative feeling to some negative suggestion. In simple terms, if someone calls you a loser, and you resent them, you are likely to eventually buy into the suggestion because you feel inferior. But if you could let go of the resentment--the suggestion would have no emotion to sustain it, and it would diminish.

Without the coloring of emotion, you would be free to see the reality of the situation, make objective assessments, and take some positive actions. No longer would you feel doomed and defeated.

Therefore, the key to regaining self confidence and becoming all that you can be is to let go of resentment. Admittedly some people use resentment to spur them on to compensate and succeed. But in the long run, resentment (being itself negative and wrong) results in guilt, anxiety and eventually exhaustion when we run out of compensation energy. Even if you accomplish great things or make a lot of money, the resentment will eventually color and ruin the joy of achievement. Let go of resentment, and you will be free to succeed without guilt.

Bear in mind that we have all failed in some area, perhaps many areas, multiple times. We have messed up big and small. And yes, some things have gone wrong that were not our fault too. But why can't we just set aside any past failure, and live out each new moment fresh without bringing up baggage from the past and without having past failure color the new moment?

Have you ever noticed that many really good athletes are able to forget about a bad game or mistake, such or a missed free throw?

The secret is to learn how to take a mistake in stride. I am sharing with you the secret to doing this: watch out for and let go of resentment.

Do not resent another person, yourself, the game, or fate. It happened. Now forget it and move on. What most of us do is resent one thing, then another, and then another. Soon we resent our work, our boss, our mate, our circumstances, and even ourselves. Resentment spreads until a person might conceivably resent everything! Why? Because we do not do what the successful athlete does. Instead of forgetting things we did not like, we remember bad things. Then we resent them again and again, each time we remember them.

When a person is resentful all the time, they cannot feel good about themselves. A resentful person feels mean spirited and negative. He rejects the good and begins to have an affinity for the bad. "I'm no good," she says, and "I don't deserve to feel good."
It is resentment that wrecks our self esteem.

Now look at what happens. When this resentful person with low self esteem faces certain situations (such as asking someone to the prom, sinking the free throw, making the sale or whatever), they think things like: "this is my one chance, if I blow this it proves I'm a loser. I've got to succeed here, if I don't, I'm just a failure."

Self talk makes it so that a person's whole self esteem can depend on succeeding this one time. The self imposed burden is so heavy that it breeds nervousness, anxiety, fear, and trepidation.
Look at what happens. Because of timing, the roll of the ball, or a myriad of circumstances, something is likely to go wrong. Even the best batters get a hit less than half the time. With this kind of self imposed pressure, the tension and nervousness are likely to make something go wrong. Then the old suggestion, association and conditioning are reinforced.


So watch out for this kind of destructive mental game--it can lead to throwing in the towel or to compulsivity. It can also lead to a life of mediocrity and hiding in the shadows because the person is afraid of attempting anything where there is any chance of failure. Be aware of how resentment leads to negative internal chatter and emotions.

Again, I say: watch out for resentment and when you see it, let it go. Just go through life easily. Do what you can, but do not have any expectation of the outcome. Even if you mess up, just see that you messed up, but don't resent yourself.

Remember: it is resentment that sustains the negativity from the past. Let go of the resentment and you will be free to face each new situation. Again, do what you can, but do not try to succeed. Just make a decent effort and then let it go.

Find out more about our meditation to deal with negative emotions.
Labels: finding confidence