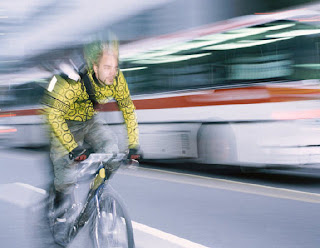 Every so often I like to write an article or give a lecture about basics. So here goes. Today my son and I went to play golf. At one of the tees, there were some empty beer bottles laying on the ground near the garbage can. I marveled at why anyone would want to drink so much.
But it then dawned on me that they were after a high. People who drink, take drugs, engage in rituals, chant for long periods, get lost in music, or get a runner’s high are all after the same thing: a high.
Some people don’t even have to take drugs or engage in a weird ritual. They can experience the high of hate, the high of using another, or the high of arousing a crowd or audience.
What is this high that humans are after? It is a state of having one’s consciousness separated from God. At the same time one feels a sense of power or greatness, uninhibited by conscience or humility.
Whether driving too fast, eating too much, working too much (to prove something or to escape from home), abusing their bodies, or upsetting others—the person gets a high from being liberated from conscience and doing something wrong, foolish or dangerous. There is a high from shocking people. There is a high from punishing or abusing oneself. There is a high from power over others.
Teens and kids who drink alcohol, puff on marijuana or sniff glue are repeating the age old quest for the high. In their case, though, it is most likely to escape from guilt for resenting their parents or to escape from the boredom of school. It often begins with being introduced to it by so-call friends, but then becomes the easy escape from conscience or boredom.
Kids are often mad at their parents—especially when the parents have been impatient, accusatory, or haven’t been there for them. Abandoned to the peer group, the kids become addicted to the group and guilty for giving up on principle. So they drink or smoke to escape from the guilt for hating their parents and copping out to peer pressure.
Other kids, such as the ones in college, are often guilty for being ambitious, for copping out to the pressure to study and become something (other than what God intended).
Maybe Adam experienced the first high. His heart started pounding as he reached with anxiety and excitement for the forbidden fruit. When he ate it, his consciousness became separated from God. Liberated from God and the straight and narrow, he ventured into the forbidden. It was exciting for a very short period. He did get high and felt like God for a few moments.
But then he came crashing down to reality. He saw what he had done, sensed that he had changed, and sensed that the rapport he had had with the Father was gone.
Eve was there. And now he saw her in a different way. He blamed her and used her. And it became her loathsome duty to support him in his fallen, animal, degenerating state. She had been used by evil, and now by her husband. She undoubtedly resented her husband for having lost paradise, and her guilt for resenting him drove her to try to make up for it by supporting his ego. For Adam, her presence was now a comfort and a distraction.
...........Read More